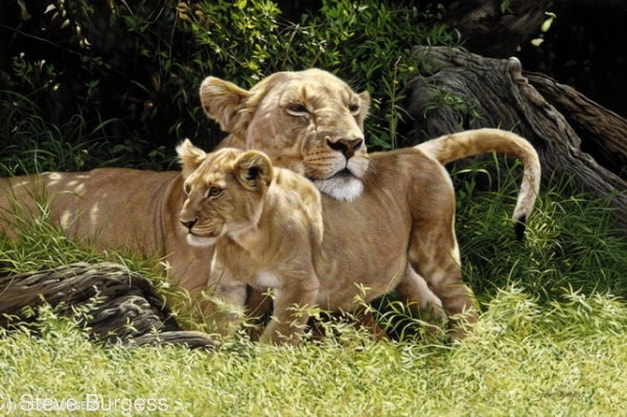 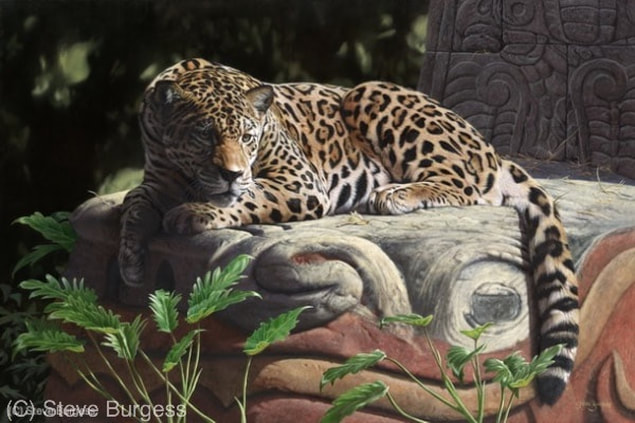 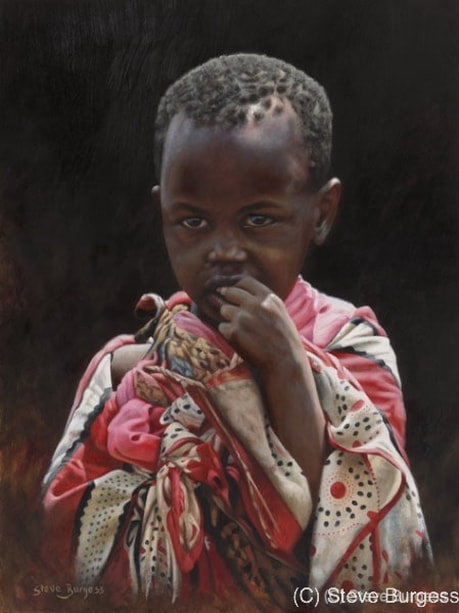 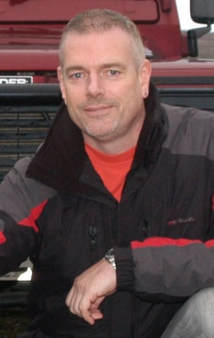 Steve was born in Bristol, England in 1960, his father was a member of the Royal Air Force so Steve grew up in such places as England, Germany and Cyprus, always with a sketchbook in hand. He received his first commission at the age of 12 and at the age of 19 he too joined the Royal Air Force training as a photographer using all formats of camera. This training enabled Steve to later travel to places like Africa, Canada and North America, both sketching and taking photos to a professional standard, which gave him quality material to work from.
Initially because of his background Steve painted mainly Aviation subjects, but in 1994 he decided to paint his first wildlife subject, two Bengal Tigers, in oils. Being fairly pleased with the result he continued to paint wildlife and was initially greatly influenced by the late Simon Coombs’ work after having met him at an exhibition. Steve’s work has evolved into his own realistic style and he has been represented by prestigious galleries in both London and the USA, he has also appeared on TV alongside marine biologist Monty Halls in the BBC’s ‘Monty Halls Great Hebridean Escape’.
Steve is currently the only living British wildlife artist invited to participate in the select Couer D’Alene art auction, held annually in Reno, Nevada, USA . He continues to be inspired by his passion for nature and love of the outdoors, Steve is also accomplished in painting native peoples and his Masai friends in Kenya have named him ‘Olaishorani’ which means ‘ one who paints and draws’.
HOME