Trivisonno made dozens and dozens of portraits of Canadian, American and British soldiers during the war. This is because in Campobasso the soldiers of all the armies who went for rest or convalescence stopped in Campobasso.

They came from the war front and wanted to have their family members to have a portrait. Word spread that Trivisonno knew how to make them, they lined up to be able to send their families a souvenir. Before leaving for the front, they collected the portrait, paid for it and sent it home.
Everyone, except an English soldier who perhaps, recalled before time, did not collect his portrait.

In 1969, Anna Maria wanted to make her father's art known in England, and was inspired by the portrait of Major Smith of the English army. She had placed an advert in the Daily Telegraph in London on 11/19/1969. (annex n ° 1).

On 1/12/1969 a copy of the Daily Telegraph arrived home in Florence with the news that the major had been found, he had recognised himself in the photo of the portrait and he contacted the family of the artist as he would come to Florence to take it back. And so he did; he came with his wife and daughter, starting a beautiful friendship that led other ex-soldiers to Florence to find Amedeo Trivisonno and talk about the old days.

One in particular, Jesson, remembered that he had posed for the artist when he was busy in Colle d'Anchise in the fresco of the Cenacle and went back to see the fresco with his family. 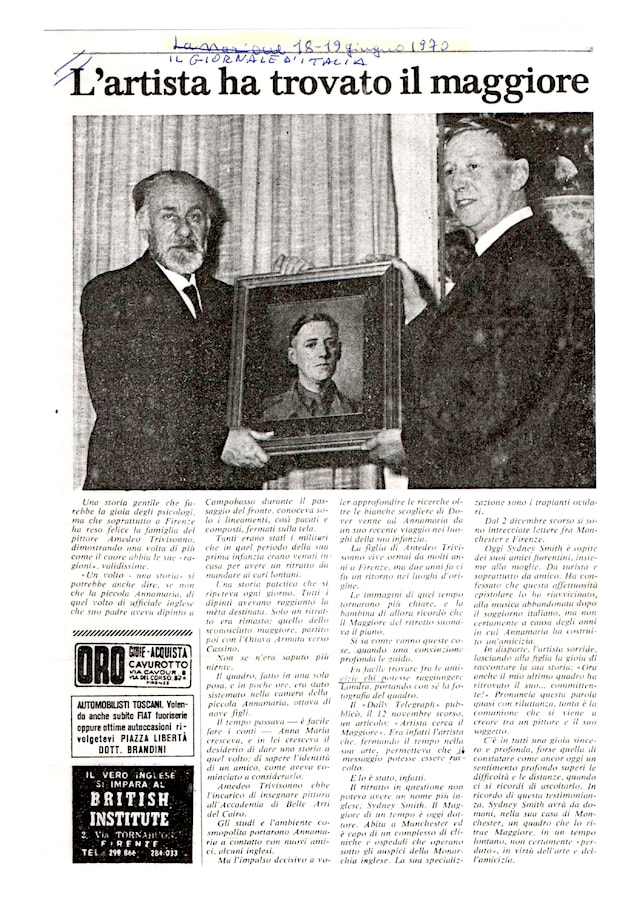 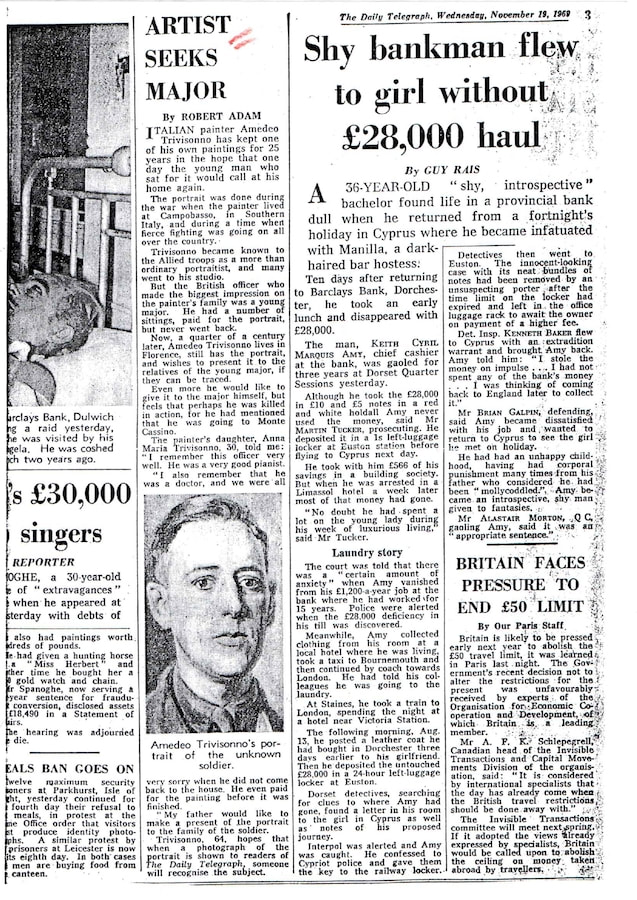 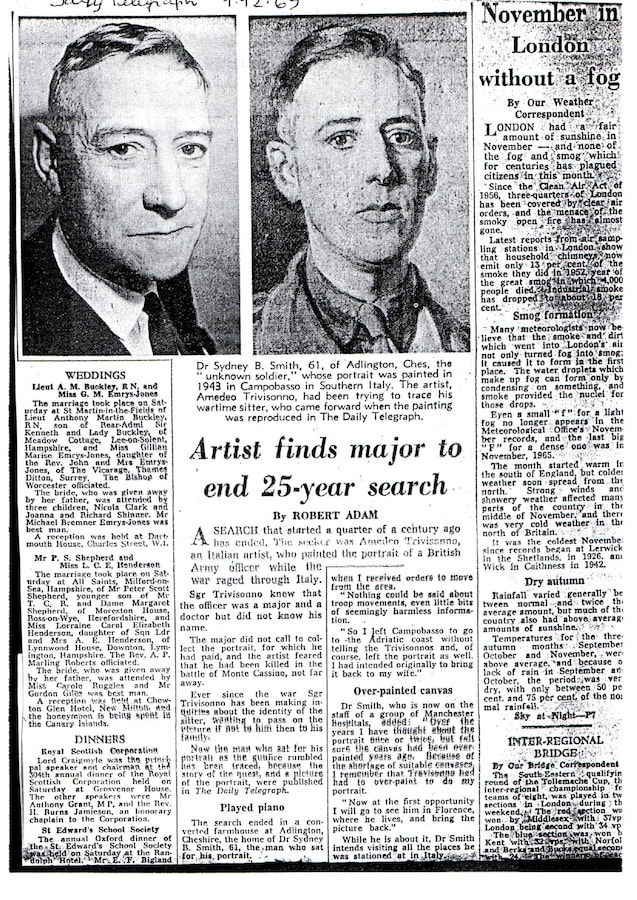 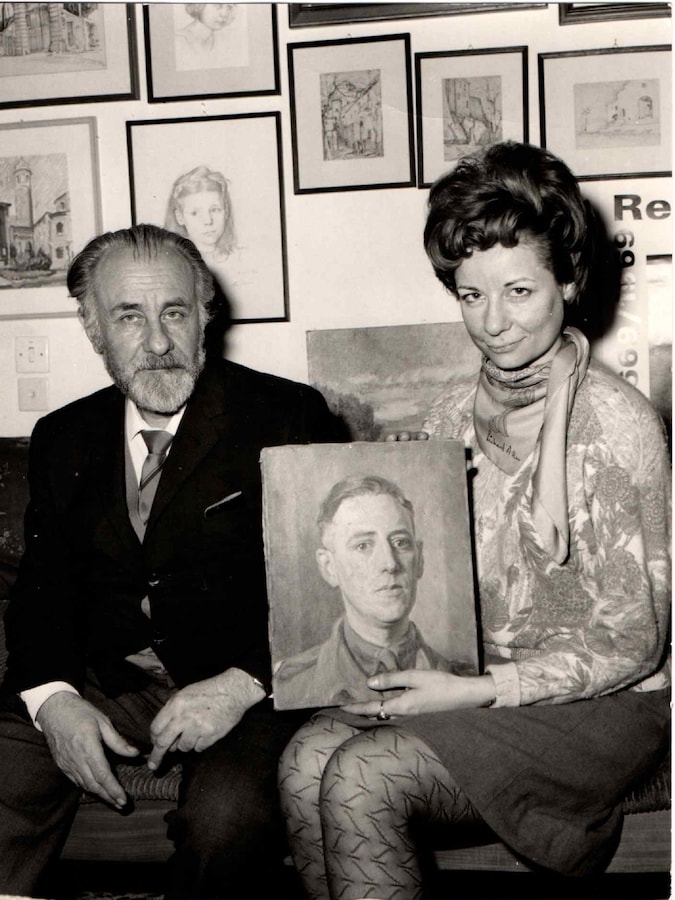 Grandmasters of fine art is very happy to share extraordinary art stories relating to art and artists. If you wish to add yours, do not hesitate to contact us