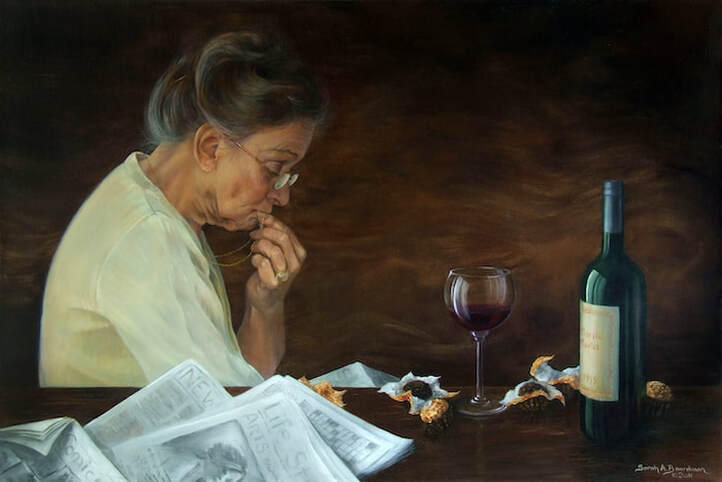 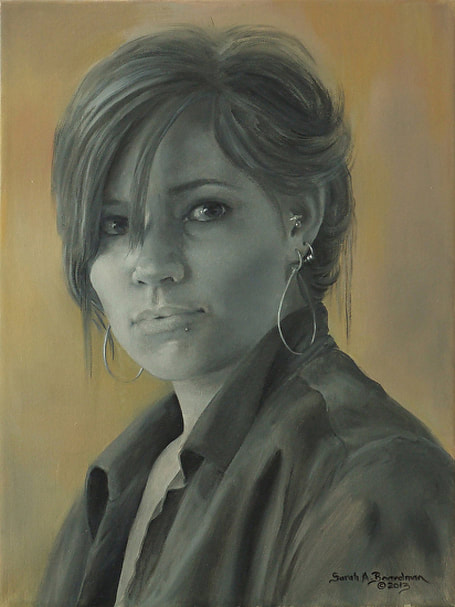 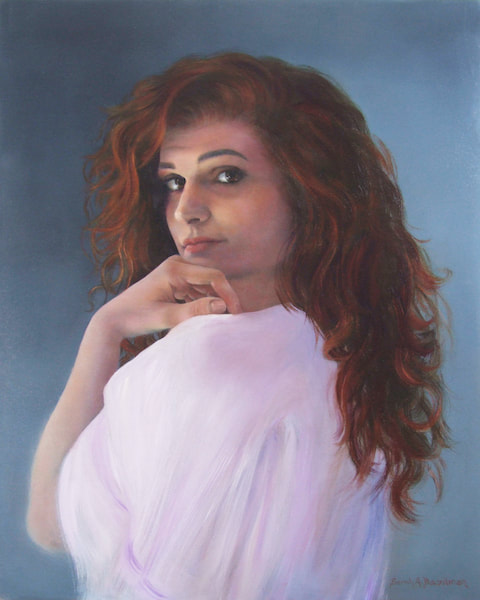 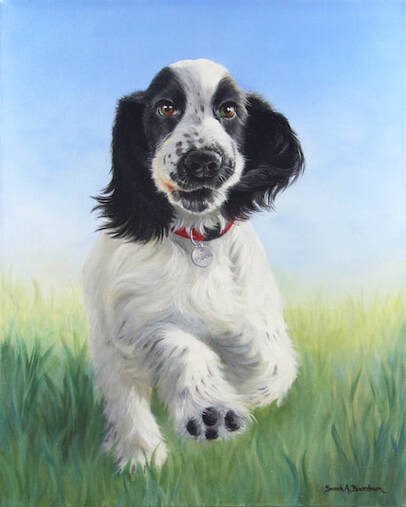 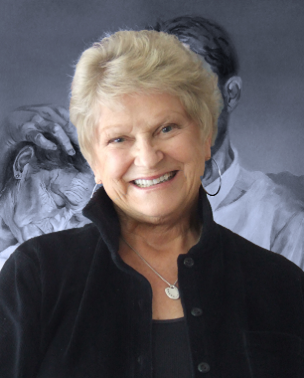 Sarah was born in England, and spent many years traveling throughout, and residing in Australia, Territories of Papua and New Guinea, New Zealand, Malaysia, the Middle East, most countries of Europe, and the United States, while conducting a successful career in travel and business.  During this time, she also pursued her passion for art. In 1985 Sarah began formal studies in Germany as an apprentice to a renowned “Alt Meister” learning and practicing the techniques of the Old Master Painters. She spent over 4 years studying and practicing these methods and stayed on for an additional two years assisting newer students and assisting the Old Master. She was honored to win the distinction of being the top student in the atelier for 1987 and 1988. Sarah still find inspiration in the study of the Old Master works.

Throughout Sarah’s art studies she has been excited about painting portraits – she is particularly intrigued by the depth and conflict often found in the expressions and eyes of her subjects.  Sarah believes that there is no greater challenge than to capture the “character and soul” of an individual on a two-dimensional canvas or paper in her typical style of Classical Realism with some loose passages.

Sarah has exhibited art throughout her travels, and has shown and sold commissioned and non-commissioned work, all now in private collections. Subjects have come from a variety of backgrounds, including two U.S. Presidents (one twice!), a District Court Judge, and several distinguished members of the U.S. Military.  She admits that some of my favorite subjects are “wonderfully ordinary people” whose faces show the tracks of real life.

Sarah now works from her studio in Colorado Springs where she lives with her husband.

Sarah’s current work has a focus of emotion and depth, with a combination of realism and painterly aspects designed to draw, and keep, the viewer involved in the piece.  Sarah currently employs models who are carefully chosen for their enigmatic personality and uniqueness.

2018-2019: Had the honor of being commissioned to paint the Official Portrait of President Donald J. Trump for permanent public display in the Rotunda Gallery, 3rd floor, State Capitol Building, Denver. This portrait has been delivered, and is scheduled to join the other 44 Presidential portraits hanging in the Rotunda Gallery, at a date to be determined, during a formal presentation with military honors.
2012:  Received private commission: to paint portraits of President Barack H. Obama (second time) and President G. W. Bush as a pair of portraits to complete a series of the other 43 presidents.  This series of portraits were for an official presentation to a prestigious school in Scottsdale, AZ.

2010-2011: Had the honor of being commissioned, from a “nation-wide call for artists”, to paint the Official Portrait of President Barack H. Obama for permanent public display in the Rotunda Gallery, 3rd floor, State Capitol Building, Denver. This portrait joined the other 43 presidential portraits hanging in the Rotunda Gallery in May 2011 during a formal presentation with military honors.

2001-2002:  Nationwide Call for Artists by Colorado State Department to paint the official portrait of President George W. Bush to be hung in the Denver State Capitol Rotunda, Denver, Colorado.    Selected to 2nd place.