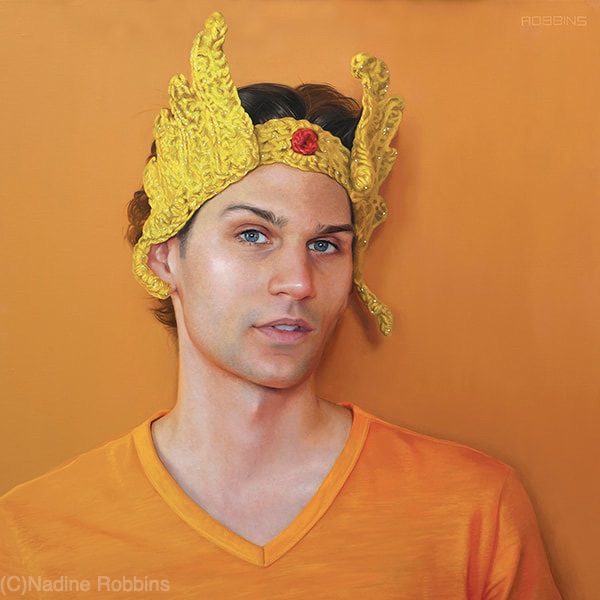 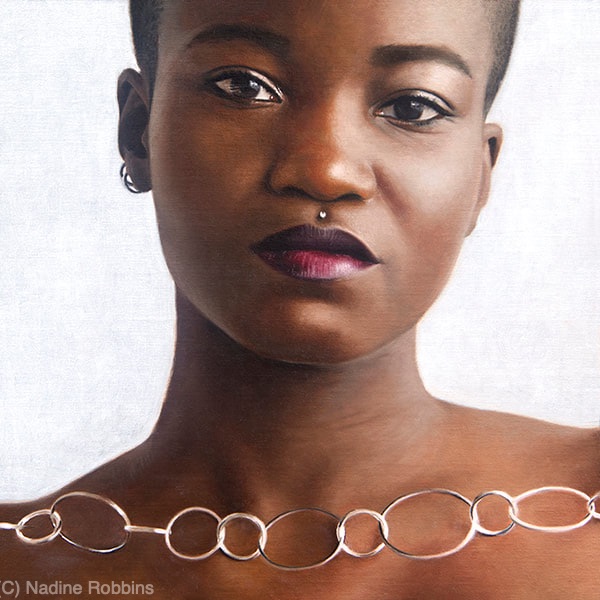 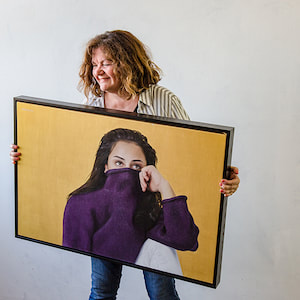 American painter Nadine Robbins’ contemporary style is distinguished by a masterly command of academic painting techniques paired with an irreverence for rules, gender and beauty. Much of the painter’s practice focuses on themes of defiance, and a singular form of eroticism that is presented from a new and unexpected perspective. In particular, Robbins has earned great admiration for her iconoclastic nudes, as well as an ongoing series of portraits that oscillate between the mysterious and the candid. There is also a remarkable group of oyster still life paintings that in their lush precision seem to achingly intersect genres of eroticism and the still life.

Overall, Robbin’s use of luscious jewel toned paint and high-fidelity realism ties the artist to the late twentieth century and contemporary traditions of hyper-realism, photo-realism, and super-realism. Like Chuck Close, the artist uses a similar photographic and painterly process to produce dynamic contemporary portraits. Robbins’ montage-like use of atelier technique and way of working adds to the oeuvre, a studied complexity that is enticing and refined.

It can be said that Robbin’s work is decidedly at the intersection of identity politics presenting the feminine form in new and unexpected ways, allowing a dynamic to evolve between the viewer and the viewed, and as well upsetting the traditional roles of the male gaze and the feminine subject. This inversion of accepted norms and structures of power is related to a trend in contemporary art, seen in current practitioners such Kehinde Wiley wherein the artist’s painting of ordinary people is set within symbolic structures and emblematic themes. Robbins for her part uses the genre of portraiture and nudity to express a similar sense of irreverence for societally assigned roles, and as well uses her work to evoke a feminine perspective or sense of sexuality, eroticism and self. More recently, the artist has been experimenting with the use of abstraction within realist picture planes, expanding on her idea of expression and form.
​
As well as a solo exhibition at Brill Gallery, Massachusetts, 2009 Robbins has shown widely in group shows such as Perspectives of the American Experience, American Women Artists, Rockwell Museum, Corning, New York, 2018; Figurative Masters, Arcadia Contemporary, Culver City, California; The Wausau Museum of Contemporary Art, Wisconsin; Women Painting Women, RJD Gallery, South Hampton, New York; The 12th Annual Group Show, International Guild of Realism, Winfield Gallery, Carmel, California; Dissent; Sparrow Gallery; Attention to Detail, Robert Lange Studios, Charleston, South Carolina and Formation, A Painting Survey in conjunction with Poets & Artists, Bernarducci.Meisel, New York, New York.
Robbins is the recipient of a grant from the Puffin Foundation, 2017 and in 2015, Robbins was selected for the special feature Poets and Artists, 50 Memorable Painters and was listed as one of top figurative painters working now by Buzzfeed, 2017. The artist’s work may be found in several important private collections, most notably the Howard A. & Judith Tullman Collection, Chicago and The Count-Ibex Collection, Germany. 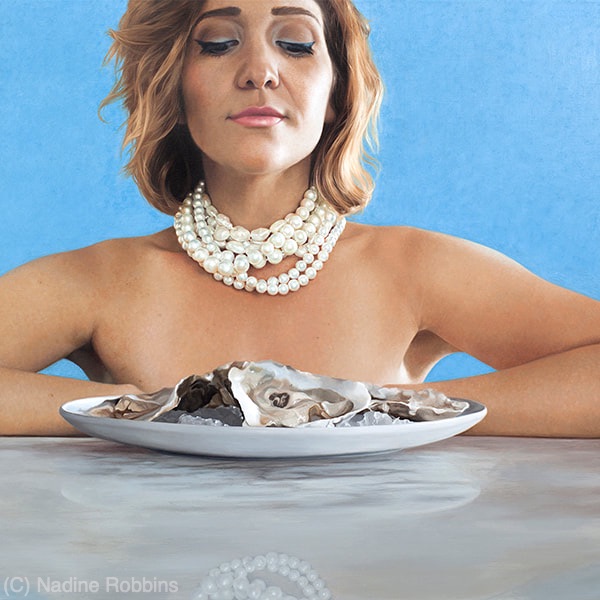 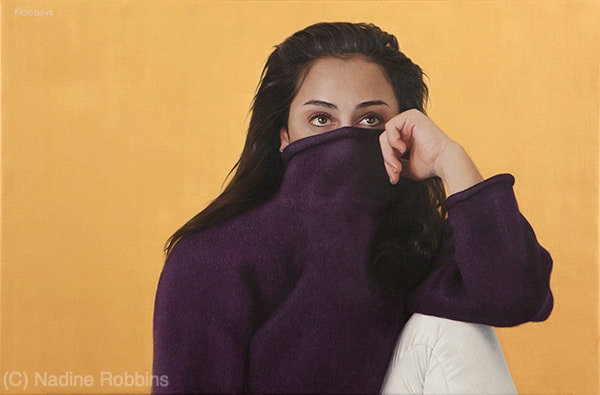